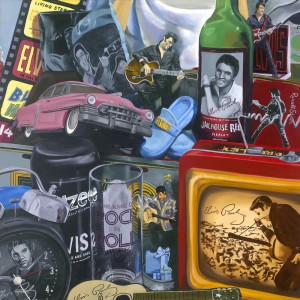 Desiree Swanson was raised in Minooka, IL where she still resides today. Involved in the arts from a very early age she could be found sketching or drawing at every opportunity available in her trusted medium of graphite. While attending college, Swanson embarked on her first painting course and a whole new world opened up; she has been painting in oils ever since.

She received a Bachelor of Art from Monmouth College in 2009 and subsequently received a Master of Fine Art from Northern Illinois University in 2012, both degrees with a focus on painting. 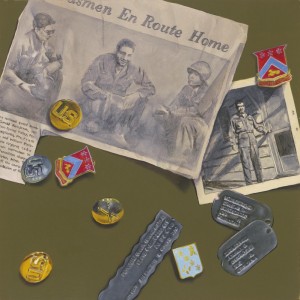 Dealing with a personal difficulty with memory and recall, Swanson is inspired by memory and nostalgia in her work. This is displayed by the way in which she meticulously investigates collected objects in her tableaus. Her subject matter includes old rusted objects, unique tchotchkes or old toys and often concentrate on her own and others' collections. These objects are elevated by her astute attention to detail and tedious application of paint.

Swanson has exhibited at the McLean County Arts Center in Bloomington as well as both Illinois Central College in East Peoria and her alma mater, Monmouth College.

Check out some more of Desiree's work on her website: www.desireeswanson.com

Desiree's artwork will be on display in the IAA Credit Union during the months of January and February, 2016.