Do you crave those fresh salads in the summer…….

Here are a few salads that will become a staple on your menu. You can go to the Farmers Market or just go to your local grocery store and pick up all of the fresh picks of summer. These recipes will appeal to either the health conscious person or someone who is a meat and potatoes eater like my husband. Salads are the perfect way to gather up all of your favorite vegetables in one bowl.  Just remember there is a rule of thumb for mayonnaise based salads. According to the FDA “Stick to the two hour rule” for leaving items out at room temperature. If the temperature is above 90 degrees don’t leave the salad out for more than one hour.  Another tip for keeping your salads cool is to put some ice in a large bowl and sit the salad bowl on top, that way you ensure safe temperatures.

Hope you enjoy these recipes and have a great summer! 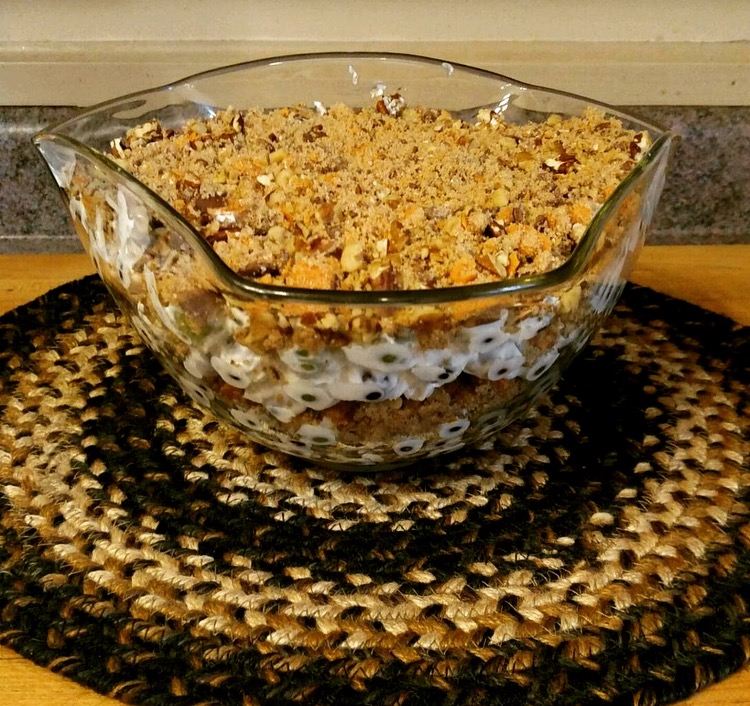 In a large bowl, blend cream cheese, sour cream and whip topping. Fold in washed and dried grapes and set aside.

Put half of the grape mixture in a bowl and sprinkle half of the topping over it. Repeat one more layer of each. Refrigerate until ready to serve. 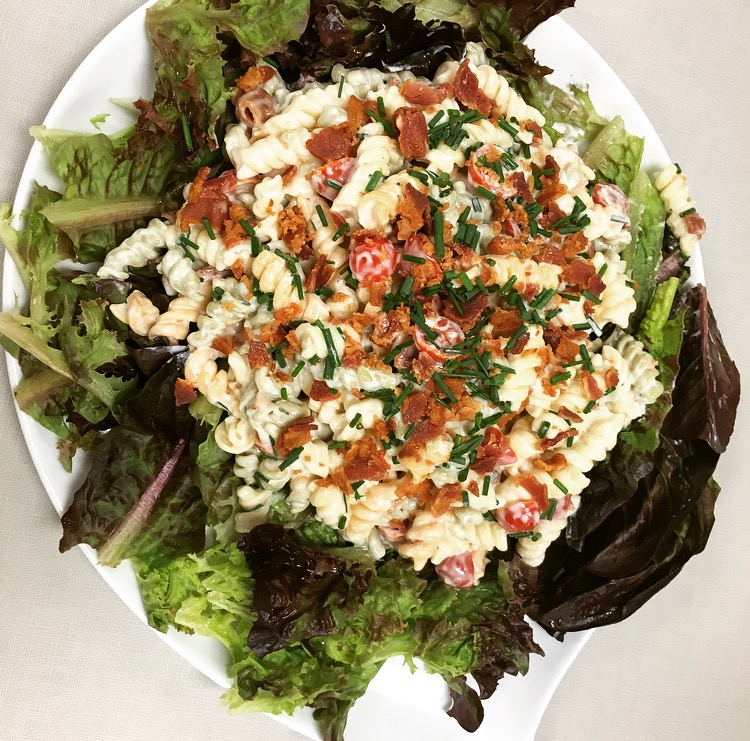 I Lb. bacon, cooked and crumbled

½ -1 pint grape tomatoes, cut in half

Cook pasta in a large pot of salted water according to directions.

Mix the remaining ingredients in a bowl except ¼ cup of bacon and 1 Tsp. chives. Season with salt and pepper. Put lettuce down first on a plate then top it with the pasta salad. Garnish with remaining bacon and chives. Refrigerate for at least one hour before serving.

3 cups of pecans (only need 1 cup for the recipe)

Preheat oven to 250 degrees. Beat egg white until very frothy, but not stiff. Add nuts; toss to coat.  Add spice mixture together in a small bowl. Add to nuts: toss to coat the nuts evenly.

Cool slightly and break apart. Store nuts in an airtight container for up to two weeks. These nuts are well worth the work. Delicious!!

Beat vinegar in a bowl with the sugar, garlic, salt and pepper until sugar dissolves. Beat olive oil in slowly and whisk constanstantly.